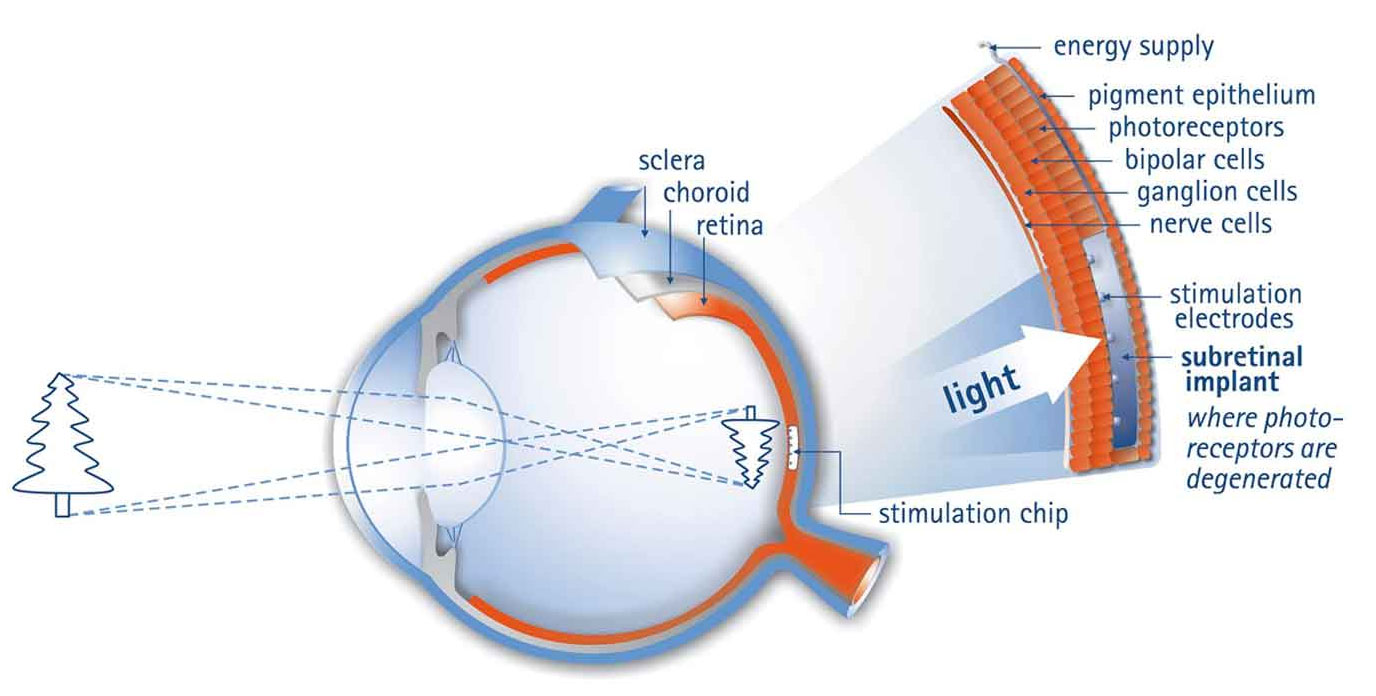 The eye is one of the most complex and remarkable structures in the human body. In some ways it is the most sensitive of all our sense organs and can perceive things, such as distant galaxies, that none of our other senses can. The eye is rather like a sphere with a bulge at the front. It has a tough, white outer layer, called the sclera, and where the sclera rounds off the bulge at the front of the eye, it forms the cornea, which is clear. Theconjunctiva is a very thin protective layer and is fairly loosely connected to the eyeball, except at the point where the cornea and the sclera meet; the conjunctiva covers the sclera, but not the cornea.In order to function, the eye needs light. Light, usually reflected by objects, enters the front of the eye through the cornea. Behind the cornea is the lens. It is the cornea which does most of the focusing, but the lens which fine-tunes the focusing and enables the eye to vary its focus. pic-anatomy-of-eye-1-en n image is formed by the cornea and lens on the retina which receives light and changes it into electrical signals which are then transmitted to the brain by theoptic nerve.Between the cornea and the lens, light passes through the pupil. (the black spot in the middle of the eye). The iris, which is the colored part of your eye, is actually a ring of very fine muscles which make the pupil larger or smaller, depending on how much light the eye needs to make an image. In bright conditions, the pupil shrinks (constricts) to let in less light, while in darker conditions it lets in more light by getting bigger (dilates). The eye is comparable to a camera in which the lens focuses the picture on a light sensitive film at the back. 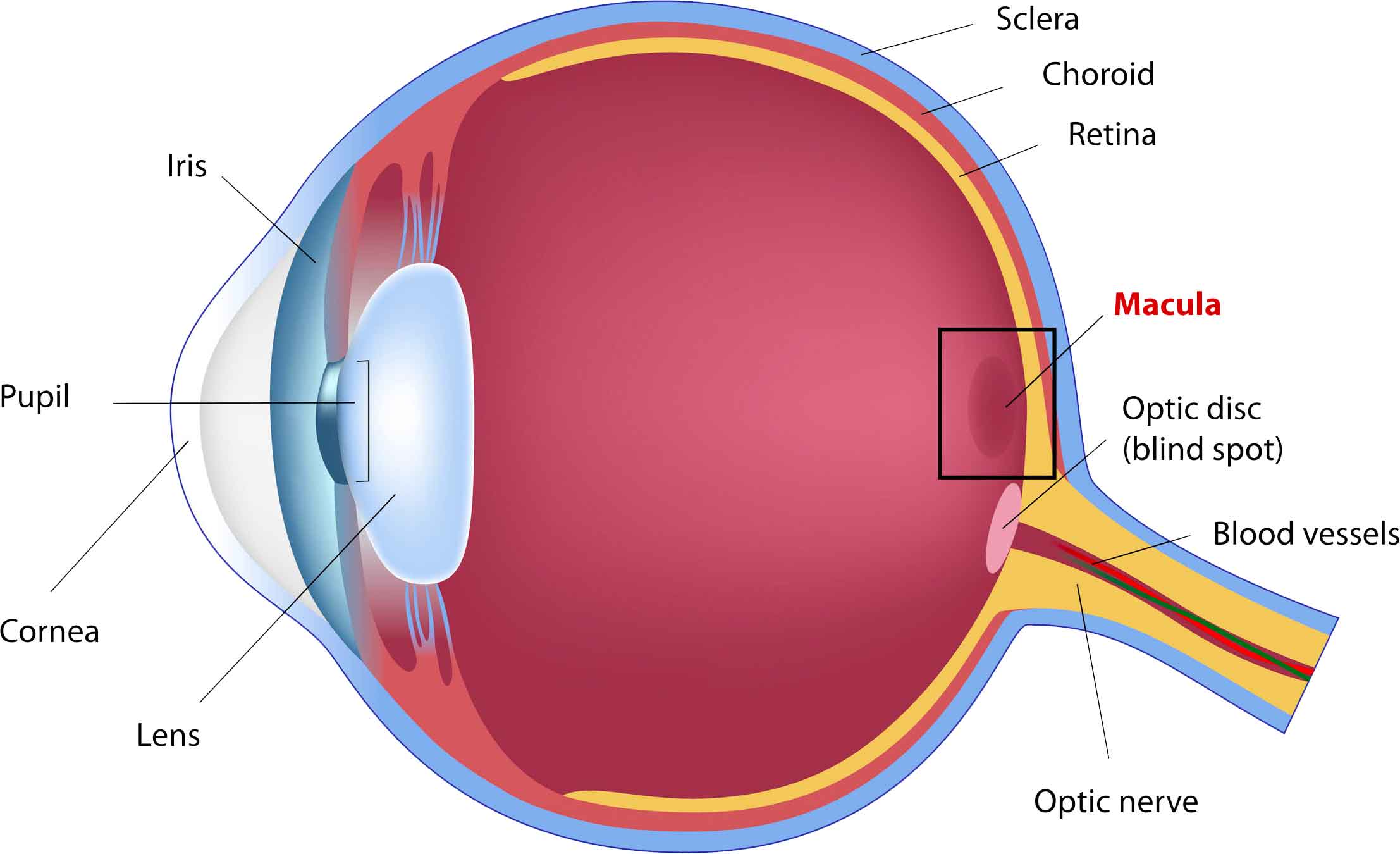 What Is Retina
Human Retina is an ultra-thin, soft and transparent sheet lining the inner surface at the back of the eye (like a thin light sensitive film), receives light and changes it into electrical signals which are then transmitted to the brain by the optic nerve. The most light-sensitive part of the retina is a tiny spot called the macula and this is where the vision is at its sharpest. Due to the laws of optics, the image formed on the retina is actually upside-down; it is the brain which adjusts it to make it appear the right way up.

Retina is the only part in the human body where blood vessels and their circulation observed live giving useful insights into many vascular processes. The pattern of vessels in each person is unique and this property is being increasingly utilized for identification through rapid retina scans at security points.

Study of retina and related pathology is a super-specialty subject requiring advanced training and experience after primary training as an ophthalmologist. 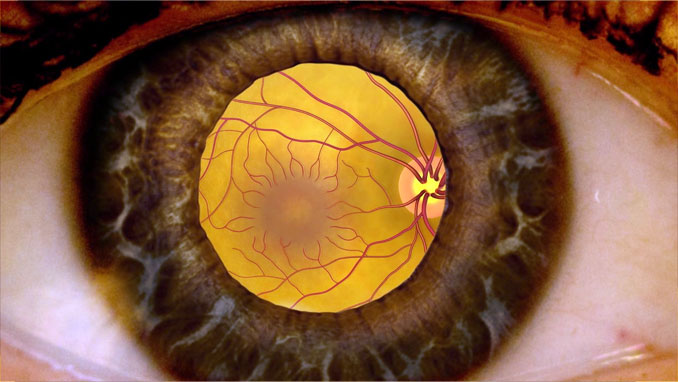 Retina Problems
If you are diabetic it is must that you get your retina checked. Diabetic Retinopathy is one of the most common cause of blindness in working age group . Early detection of suble changes of diabetic retinopathy can warrant proper followup schedule or laser therapy. This can prevent sight threatening complications.
If your are above 60 yrs of age, its very important to get your retina, the back part of your eyes, checked to rule out Age Related Macular Degenaration.Simple lifestyle modifications, dietry suppliments, or sometimes intraocular injections can stop the progression.
Undergone cataract surgery and still not happy with your vision? You may have some underlying retina
problem. High Myopic? Get your retina checked ! Simple laser treatment of any of the holes in your retina can prevent you from major sight threatening complication of Retinal Detachment. As they say….prevention is always better than cure.
Retinal Detachment is a sight threatening condition. The only treatment is surgery. Opt for the best of the technology and best of surgical skills with Dr Pratik Mahajan.Ask about the visual prognosis and the success rates.
Above and more…. if you have any confusion about your vision… then your retina surgeon is the right person ! Feel free to call Tina at 7771089999. 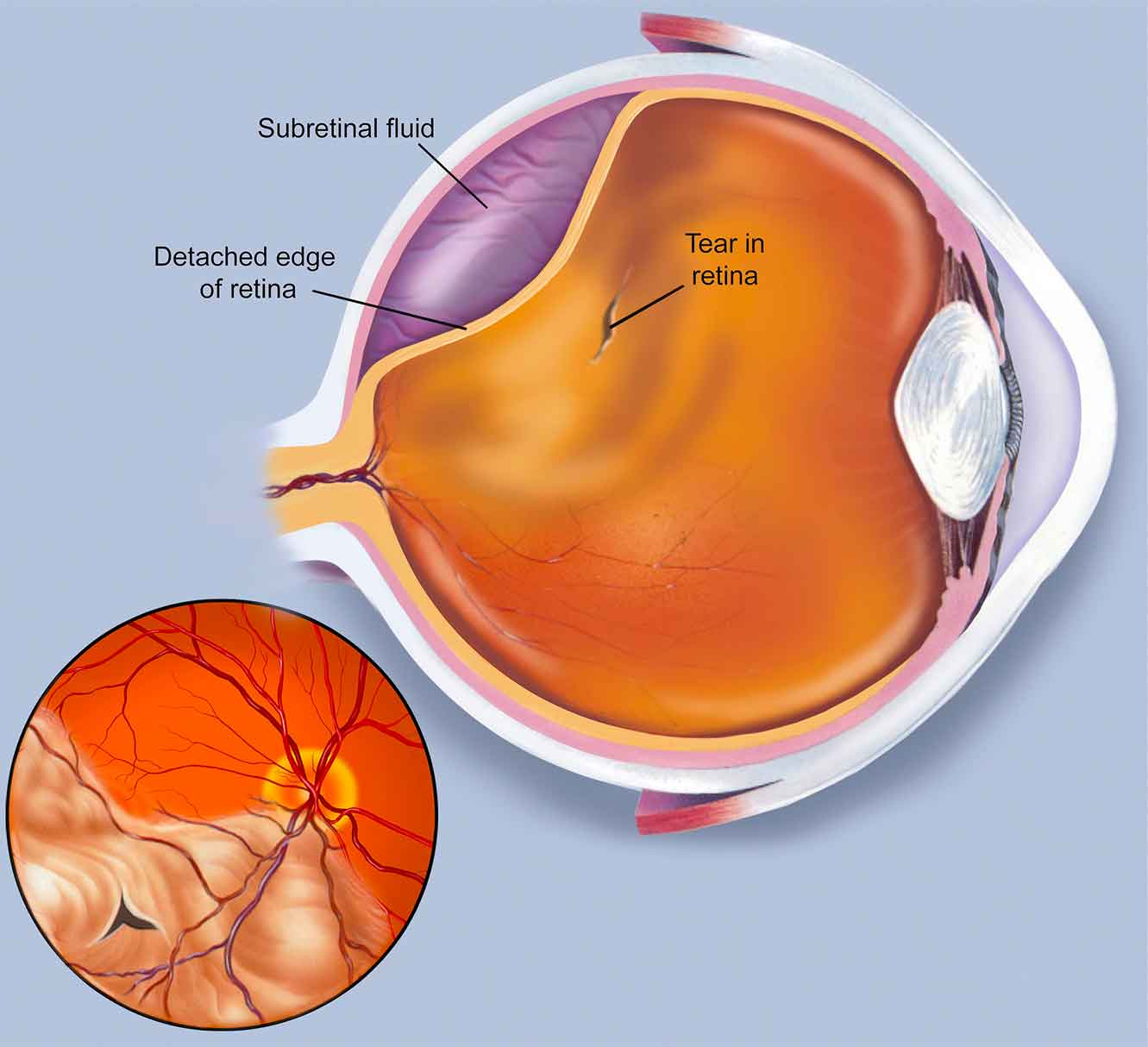 Emergencies in Retina
Following are the conditions in which you should see a retina surgeon as soon as possible:

1. If a premature baby is diagnosed with ROP and requires teatment.

2.If loss of vision and/or swollen lid and/or pain occurs after any intraocular procedure like cataract surgery, glaucoma surgery or intravitreal injection. This may be endophthalmitis !

3. If there is sudden loss of vision or a shower of opacities or a curtain in the visual field.

4 If there is a penetrating trauma and an intraocular foreign body is suspected.

5. If one feels a curtain like opacity coming in the peripheral visual field….
It may be a macula-on retinal detachment !!

6. If pain develops in a silicone oil or gas filled eye. The intra-ocular pressure might have shot up !